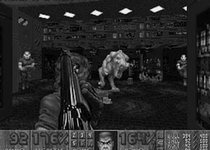 Turning back the time may be impossible, but the past can be relived with the help of some retro games. Early versions of PC games may not have the high quality that modern games possess. Still, these retro games are fun to play with. Players of all ages will surely enjoy these retro games, too.

Doom is one of the pioneers in creating 3D graphics in the gaming industry. This game, which is developed by ID Software, has been entertaining players since 1993. It is a first-person shooter video game that was able to sell more than 10 million copies since it was released.

The game revolves around the exploits of a space marine. The main goal of the player of this game is to survive the world by fighting the demons. Players should help the Doomguy, who is the main character of the game, in battling the enemies living in hell. This character can go back and forth from Earth to hell just to save the world.

Due to its popularity, the Doom has been turned into movie. The film starred Karl Urban, Rosamund Pike, Razaaq Adoti, and Dwayne Johnson. It was released in 2005 by the Universal Pictures.

Players who love turn-based strategy games will surely enjoy the Civilization video game. The first ever version of Civilization was released in 1991, while its latest version was released in 2016. The main series of the game can only be played using Microsoft Windows and Linux. With the enhancements and additional features, the spinoffs of this series are made compatible with Xbox 360, PlayStation 3, Wii, iOS, Android, Nintendo DS, Windows phone, and PlayStation Vita. To cater the social media players, it was also made accessible through the Facebook platform.

The gameplay of the Civilization is all about building a community in an old era, similar on how the pre-history civilization occurs. Players are given the ability to manage cities and units within a given area. Earning high points in the game can be done by unlocking a certain achievement such as creating a spaceship or enhancing the culture.

Civilization is the brainchild of Sid Meier, who is a famous software developer. He co-founded MicroProse, which developed the game series.

Although this game was released more than few decades ago, players can still be captivated by the futuristic theme of it. System Shock is an action-adventure game that is set in the year 2072. It features a 3D version of a space station. The player tries to help the hacker in preventing the evil intentions of the artificial intelligent named Shodan.

In order to hinder the plans of the villain of the game, the player needs to collect log discs and emails from Shodan. The hacker character should be able to solve the puzzles and challenges for him to defeat the enemy. The game uses a heads-up display interface to make the game more exciting for the players.

System Shock was created in 1994 by the developers from Looking Glass Technology. It was then published by Origin Systems to be compatible with MS-DOS, Mac OS, MS Windows, Linux, and OS X. 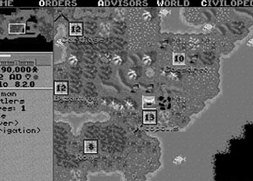 Those who are wishing to own and manage a casino can make their dreams come true with the help of Casino Tycoon. This game from 2001 is a business simulation type that allows players to feel as rich as a tycoon.

Cat Daddy Games developed Casino Tycoon, which then published by Monte Cristo and Davilex Games. Feedback on the game varies from players to critics. Despite some of the negative reviews on the game, many are happy with how the game works.

Table games such as blackjack is available for the players to add. Players may try no download, free blackjack games. Since there is no download needed, players can immediately start the game.

A game incorporated with science fiction can surely make a hit. This has been proven by the XCOM: UFO Defense, which is also known as UFO: Enemy Unknown. The first-ever version of this game was out in the market in 1994. Since then, the game became so famous among the strategy video players. It was developed by Mythos Games and MicroProse Software.

Player of this game acts as the commander of a troop trying to save the world against an alien invasion. As the leader of the paramilitary organization, the game's main character can send XCOM troops to fight the enemies.

The game was originally released to be compatible with PC, but it was made available for the PlayStation players a year after its launch. This strategy and turn-based game was once hailed as the best PC game of all time.