Players who are torn between casino games and video games do not have to choose anymore. Game developers have starting breeding out casino-themed video games that will definitely delight gambling fanatics and those who simply want to try something new. This theme is getting popular among the players so we have listed down the best casino-themed games that we have found.

Since it was released in late 2005, Golden Nugget has become a popular game for players who love casinos. It is intended for one player only, but players may still share the fun with the others. The game is developed by Skyworks and published by Majesco Entertainment.

This game can be played on a touch screen so players will surely have some fun betting and spinning the reels with a few taps. Golden Nugget Casino DS will definitely teach players how to be a master in these casino moves.

Video poker of various types are also available here for playing. Multi-Hand Poker, Bonus Poker, and Jacks or Better are offered in this Nintendo game. Variants of slot machines with different number of reels and betting lines can also be accessed here. The colorful and unique themes for slot machine can add some thrill to the gaming experience. Video poker has been popular among casino players for a long time. However, new players would always like to learn the game because of their realistic chances to beat the house. They first start playing for free, with different types of no deposit bonuses, until they master the game. If you are one of those who would like to find everything about play free casino games, get the facts here and learn everything you need to know.

Inspired by the poker champ Daniel Negreanu, this game has been launched in September 2006. Players will surely get stuck playing this Stacked with Daniel Negreanu because of its cool features. This game features Texas Hold'em Poker, which is the same style where Negreanu becomes famous.

Xbox enthusiasts had an issue with the initial release of this game as there was a bug when playing this in Xbox Live. Good thing, Xbox players can now enjoy this game without any issue encountered. Aside from Xbox, this video game can also be played using PS2, PSP, and Windows machine.

Negreanu is a Canadian pro poker player who already won over $33 million cash prize by simply playing poker tournaments. He is famous for winning World Series of Poker (WSOP) bracelets six times and World Poker Tour (WPT) twice. This professional player has been recognized as WSOP Player of the Year in 2004 and 2013. Because of all his achievements in poker industry, he has been included in the Poker Hall of Fame.

Video game players will probably learn a lot from this poker expert through Stacked with Daniel Negreanu. Other pro players also have their appearance in the game. So video game players may also meet Evelyn Ng, Erick Lindgren, and Juan Carlos Mortensen.

Casino Tycoon video game is inspired from the movie The Godfather, which is one of the greatest crime film in the history. The game features the movie's main character named Marlon Brando. The movie is about a crime family and a character being mafia boss. It is actually based on a novel, which then turned into a movie by Paramount Pictures.

Once the players get into Casino Tycoon, they can be a true tycoon eventually. The main goal of the game is to manage a casino business. Players can control all the aspects of the gambling business as they can hire workers, buy many casinos as much as they want, and oversee the day-to-day operations in the gaming tables.

It would be fun to run a business related to gambling using a video game. As a tycoon of this game, players could give out bonuses and rewards to their clients. Players may also check out this page for more related games. They can learn more about the things to offer inside a casino business.

This game has been released in 2001 by the publishers Monte Cristo and Davilex Games. Cat Daddy Games developed the Casino Tycoon. Although the game has received a low rating from Metacritic, many players are still wanting this game of business simulation because of its fun nature.

World Series of Poker 2008: Battle for the Bracelets 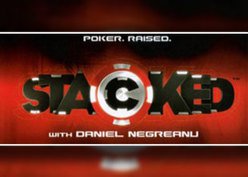 Poker is undeniably one of the most famous casino games. Tournaments for this particular game are available all over the world. Aspiring poker players may join the battle by playing the World Series of Poker 2008: Battle for the Bracelets.

Since its release in 2007, Battle for the Bracelets has been well accepted by the video game players, especially those poker enthusiasts. The game has been developed by Left Field Productions and published by Activision.

World Series of Poker 2008: Battle for the Bracelets can be played in different platforms. It can be accessed in Xbox 360. PlayStation also features the said game and it can be played using PS2, PS3, and even in PlayStation Portable. Nintendo DS and even a personal computer can be used to open this game as well.

Players of this video game have the chance to meet professional poker players in the screen. The game showcases Johnny Chan, Chris Ferguson, Scotty Nguyen, and Phil Hellmuth.

Similar with Casino Tycoon, Casino Inc is also a business simulation game wherein players can manage a gambling network. This game from Hothouse Creations has been published by Konami in early 2003.

This game is really fun to play with because of its features. Players can choose on the level of difficulty - easy, medium, or hard. Easy level features Little Hope Springs and player is given $20,000 to start his or her business. Fortune Falls, the medium level, allows players to have an initial cash of $35,000. Lastly, the difficult level enables players to build casino in Chancersville with $50,000 capital.

Players of Casino Inc have the ability to decide on what to buy in order to upgrade the casino and satisfy the customers. Objectives are provided in the start of the game and players should do everything to meet them. They can buy bar or upgrade the kitchen. Players may also change the hotel floors or hire staff for his or her casino. This game can truly make the players feel like a real casino owner.